FEATURED: The People’s Chemist talks with Mark about the shocking truth behind Antibiotics and Heavy Metals in Your Honey!

Honey was mankind’s first sweetener. Valued for its sweetness and nutritional value, it actually serves as Mother Nature’s antidote to allergies.  And when it’s taken straight from the hive, it doesn’t spike insulin, blood sugar or triglycerides, making it a welcome alternative to processed sugar and artificial flavors.

But you’ll rarely find true honey in the store…

I’ve never spoken on the benefits of honey, because finding the real stuff is nearly impossible.  Get wanna-be honey from the store or local farmers market and you might as well be shamelessly guzzling sodas.

Recent testing done by Food Safety News revealed that 76% of honey sold in stores in the U.S. isn’t real honey but rather, a pseudo-honey product loaded with syrups and sugars and void of immune-boosting pollen. Worse, many honey-like products are contaminated with antibiotics and heavy metals.

As the chemist in the family, I’m in charge of my 1 year old’s nightly bottle.  My secret, can’t-refuse-nutrition-rich recipe is a drop of honey, raw milk and egg with all-natural whey.  Skyler impatiently pulls at my leg every night at 7:39, while I prepare it.

Of course, I never give him store bought honey, which would only guarantee a toxic addiction to sugar.  Seeking out a truly natural honey, loaded with pollen and assorted minerals, I found Arizona Honey Market.  (www.arizonahoneymarket.com)

Mark Fratu is the beekeeper.

He graciously took time out of his hectic schedule to answer a few questions for TPC fans.

In the following interview, Mark discusses how most honey products have been butchered of their original essence and are completely worthless, nutritionally. He keeps European and Africanized killer bees to produce pollen-rich, true honey.

You can taste and feel the difference.  You’ll also see the price difference.  But, since you don’t need to use nearly as much for the desired effect, it lasts longer than the impostors you find at the store.

In this interview, it was great to hear Mark speak on pesticides and insecticides causing colony collapse.  We don’t need a panel of dorky scientists or a governing body trying to decipher why bees are dying…Enter Blair, my 9 year old.

Order your true honey at www.arizonahoneymarket.com

My favorite product is the Allergy Pollen Mix.

How long does it take for a bee to make honey?

Beekeeper: Most people have no idea how hard bees work to produce just a little bit of honey. A worker bee produces about one tenth of a teaspoon in her entire life, which is only 45 days.  And it’s getting even harder for them due to chemical pollutants, excess soy and corn in the environment.

In the last 20 years the country changed completely — basically to a monoculture of soy and corn, which bees do not pollinate. Because of that, beekeepers have to constantly feed bees with all kinds of products (corn syrup, fructose, etc.) in order to produce honey for the consumer. This obviously creates a vastly inferior honey than what Mother Nature intended.

To make matters worse, the pesticide industry is putting a lot of stress on bees, and as you probably know, colony collapse exists all over the place. But beekeepers are at fault themselves, too, because they’re all using too many medications, insecticides and antibiotics than are necessary, in my opinion.

For people who don’t know about the importance of pollen, how do you explain it to them?

Beekeeper:  Pollen is the superfood of the world. It contains almost every mineral and vitamin (all the B complex vitamins, including B12) that exist today in their natural forms.

Bees use pollen as food for larvae.  As they bounce around from plant to plant, they pollinate, causing plant growth.  Without the bees, all the vegetable and fruit trees would be a disaster.

And if your honey is lacking it, then you miss out on all the health benefits, too.

[TPC Note: Pollen is an irritant to most people.  But Ingesting small amounts of it can bolster immunity and ward off allergies.  This phenomenon is biology is known as hormesis.  I wrote about  in The Stop Eating So F@#$ing Much Diet.

My research uncovered a long history of immunity and hormonal manipulations courtesy of hormesis, which are counter to medicine. Instead of soothing a problem, you basically add small amounts of stress to it.  This activates the body’s own defenses, when done right.

Ultimately, things like obesity, diabetes, heart disease, cancer and seasonal allergies have been reversed by hormesis.  Using pollen from honey is similar.  By exposing yourself to small amounts of the allergens, you reprogram your immune system to protect you, which is why your honey needs pollen.  Learn more about natural allergy treatments atwww.getimmunefx.com]

Why is it important to have pollen in honey?

Beekeeper:  Mainly because of the nutritional value that it imparts to the immune system.  Small exposure helps teach the body how to stay healthy.

What do you feed your bees?

Beekeeper:  I don’t feed my bees or medicate them with anything. (Nada, nothing.) I’m working with Africanized killer bees the way God intended to be — without chemicals, soy and corn. I have the most exotic honey you could ever taste in your life. Because of that, it’s very expensive, but always worth it.  It’s satisfying, sweet and healthy.  Hard to put a price on that.

Why do some honey companies feed their bees sugar, corn syrup, and other byproducts? What is the result of this?

Beekeeper:  As I mentioned previously, in the last 20 years we’ve destroyed the environment. Most of the Midwest is now only monoculture corn and soybean — which bees do not pollinate. They need a lot of flowers and trees in order to produce honey.

Over 75% of honey sold in stores in the U.S. isn’t real honey. Rather, it’s pseudo-honey loaded with syrups and sugars. How can these companies blatantly lie to consumers?

Beekeeper:  All the honey in stores is not only fake, but it also has no bee pollen. They extract it out with a special machine so they can mix in honey imported from countries like China and India, which is banned from being sold to international markets. This way, nobody knows where the honey is from.

Aren’t there laws in place to prevent companies from selling fake honey?

Beekeeper:  No, there are no laws about that, and the FDA doesn’t enforce labeling to include what the honey is made from — whether it’s made from corn syrup or other byproducts.

Please explain why some honey companies have antibiotics in their honey products.

Beekeeper:  Almost 99% of beekeepers out there are medicating bees with antibiotic treatments for Varroa mites and fumigation, because this is the way it’s been taught from generation to generation — that you have to medicate bees in order to keep them healthy.

I don’t use any medications — absolutely none — and I have no problem with my bees.

Should consumers automatically trust a honey product just because it’s labeled as “organic” or “raw”?

Beekeeper:  No. The consumer has no choice but to believe the label on the honey, because all honey from the supermarket you buy these days has not been sold by beekeepers, but are packaged by a huge company. They don’t care about anything except making money.

In your expert opinion, what is the definition of “pure honey”?

Beekeeper:  Most of the time, if you read the label “pure honey” means the honey has been processed or pasteurized (cooked).

Is it true that real honey can cure allergies? How is this possible?

Beekeeper:  Yes and no. If the honey is real from the flower and not made by other products, it does help people with allergies. The only problem is it takes 5 to 8 months to build your immune system, because bee pollen and regular honey is only 5%. I have a special formula of honey that is an infusion of pollen, propolis, and special ingredients, and if you take a teaspoon every day, your allergies will be gone. During the first two weeks, we have over 98% success rate.

How can the average consumer be sure the honey they’re buying is real?

Beekeeper:  Well, most consumers are looking for cheap honey, not high-quality honey. You have to do a lot of research in order to find high-quality honey from people like me. Even the beekeepers are not 100% truthful and honest in telling people whether their honey is real or not. I’m selling honey in the farmer’s market with other wholesalers, and yet a lot of consumers go buy cheap honey from the others rather than honey from me.

How is your company, Arizona Honey Market, different from the average honey company?

Beekeeper:  I don’t even know where to begin…Most of my bees are Africanized killer bees which, I believe produce better honey – in taste and health benefits. I don’t medicate my bees, and I don’t feed my bees anything.  They eat what nature intended.

I received the best and most honorable award in the state of Arizona for my honey and beekeeping.  That’s because all other honey sellers are simply “wholesalers.”  You see them at the farmers markets.  They aren’t the beekeepers and they have no idea what they are selling – pollen free, processed honey that may contain antibiotics, high-fructose corn syrup and more…

The only reason it sells is because it’s cheap. It’s very frustrating.  But once people try my honey from www.arizonahoneymarket.com, they never go back to the cheap, fake stuff.  It’s life changing. 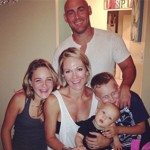